Continuing the Tradition of Quality

The Arco difference has been a standard of ours since the company opened in 1979. We’re focused on providing great products with great service—all delivered with a personal touch. Today is no different. The Arco Building Systems team has some very bittersweet news to share. As shared from our company president of over 40 years, the news is best said by our dear friend Allen Freeman.

A Letter from Allen Freeman

On June 30, 2020, the Assets of Arco building Systems were purchased by Todd and Carolyn Wade, and I retired as president of a company I have had the honor of guiding for over 40 years. This was a very bittersweet occasion as, even though the responsibilities now lie in very capable hands, I will not be seeing the fine people who are Arco on a daily basis. 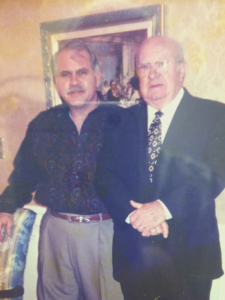 My Dad, Tom Freeman, founded Arco in 1979 in a storefront on Main Street in Tucker, Georgia. I joined him a couple of months after he started this adventure and Arco was incorporated in the fall of 1979. Dad was not only the best salesman I ever met, but he was also the most honest, loving, and sincere person I ever met. He showed me that you could sell the hell out of a good product, fulfill the needs of your customer, and maintain integrity at the same time. Respect for your customers as well as your employees was the key.

When Arco was born I was only 30 years old, and didn’t know a lot about steel buildings. Dad left me to man the office as he made sales calls with only two rules… Tell the customer the truth, and give the customer more than they expect in the building as well as customer service. Even though Dad passed away nearly 20 years ago, those beliefs and values have never changed and are the foundation of Arco. 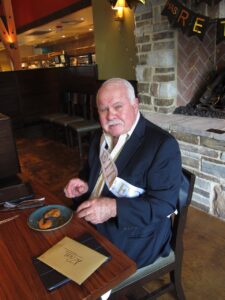 It’s impossible to condense 40 years of experiences into a few paragraphs, but suffice it to say that with the help of a lot of good people including vendors and employees, Arco has not only kept the doors open during the bad times, but has thrived over the years.

Fast forward to 2020: I am 70 years old and it’s time for me to enter a new phase of life. Numerous exit strategies were pursued, but only one proved viable especially to the employees.

Carolyn Akers-Wade and I had our first discussion about her purchasing Arco in August, 2019, over beers at the Blue Top Bar and Grill in Chamblee, GA. Carolyn began at Arco Steel Buildings nearly 30 years ago so she was not only influenced by Tom Freeman, but she had also endured most of the trials and tribulations I had experienced as a business owner. It didn’t hurt that Carolyn has been the top producer for Arco and a trusted friend for years. 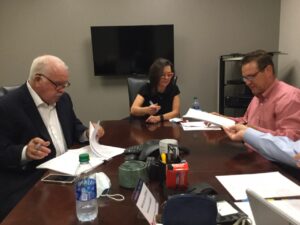 As discussions continued over the next few weeks and months, a plan was taking shape that made a lot of sense. As a potential business owner, Carolyn brought continuity, building knowledge, energy, and love of all things Arco. Carolyn’s husband, Todd, brought the experience of an owner of a previous successful business as well as the personality and attention to detail required in such a position. That combination provided a team whose talents perfectly complement each other.

This was looking like a perfect fit and a plan was finalized with closing to be March 31, 2020. Then the pandemic hit! Closing was delayed 90 days and, in that regard only, the pandemic seemed to have a silver lining. Since I couldn’t wait 90 days to bring in Todd, I made the announcement to the employees that Todd and Carolyn’s new company would be purchasing Arco Building Systems even though we had not closed the sale. The employees were relieved and enthusiastic about the plan. All the employees knew Todd and were pumped about his coming on board as well.

This early announcement allowed Todd to begin his baptism under fire immediately and gave him a chance to see if what we were doing would work before he was locked in. After Todd had gotten six weeks or so under his belt, Todd told me he was more eager than ever to close. He said he was able to see how Arco performed during a tough time like the early pandemic days, and if that was any indication, things were going to be great during good times. 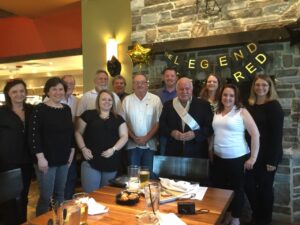 Since we closed the sale on June 30, Todd and Carolyn have hit the ground running, forming their own team, cleaning things up where needed, and moving full steam ahead. Although, technically their company name is Aker’s Building Systems, Inc., legally they will continue to do business as Arco Building Systems and Arco Steel Buildings. The transition has been smooth and any changes made have been for the good of the customers and employees.

Again, it has been an honor to lead Arco for over 40 years. Now I can relax a little knowing that Arco is in good hands and will continue to offer quality buildings with great customer service as well as treat employees and customers with dignity and respect.

Thank you, Allen, for your continued hard work, for your leadership, and for being an extension of what your dad started years ago. The Arco Building Systems staff and our customers appreciate your contributions and setting the standard for “the Arco difference.”

You can reach Arco Building Systems by calling us at 800-241-8339 or by filling out the contact form on our website. Our sales team will put your needs first, continuing the long-standing tradition at Arco of doing what’s right for the customer. Connect with us on Facebook, Twitter, and LinkedIn to stay up to date with the latest updates at Arco Building Systems.

Written by The Mauldin Group

Arco Building Systems was founded in 1979 as a small storefront business on the main street of Tucker, Georgia. Today, our quality Arco buildings are manufactured at plants located nationwide, making us one of the largest steel building suppliers in the U.S.

View all posts by: The Mauldin Group